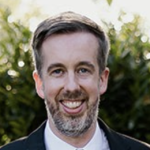 Tim is a judge for the CODiE awards, judging the following years and categories:

Tim contributes technical based WordPress articles and advice, including:

Tim is quoted in leading publications, including: